The recent financial market clash between bulls and bears is likely to continue and possibly escalate as spiking inflation and continue to dominate investor focus. An added dollop of geopolitics could also boost anxiety to red hot levels.

Nevertheless, with all four major US indices—the , , and —finishing a week in the red, the valuations of many previously frothy stocks could begin reaching price points that some may consider buying opportunities.

Still, the primary market drivers will remain the level of hawkishness the Fed applies to upcoming hikes along with whether we’ve reached peak inflation, something could become apparent via this week’s  and releases.

The Producer Price Index gauges wholesale prices (which eventually trickle down to consumers). Economists expect the reading to come in at 10.7% versus the 11.2% print seen in March.

Some economists have already made the call regarding peaking inflation, with expectations for April’s YoY Consumer Price Index print forecast to be slightly below March’s 8.5%. Investors could then look to Treasury yields to gauge the market’s interpretation of the data.

The burning question remains though, can the Federal Reserve actually slow the US’s worst inflation in four decades? Last week the Fed announced it had its Fed funds target rate by 50 basis points and signaled it would likely continue with of similar magnitude. After the meeting, Fed Chair Jerome Powell added that he expects a “soft or soft-ish” landing as he attempts to infuse markets with confidence.

The benchmark yield closed at 3.142% on Friday, at the very top of the session, the highest level for the much-followed Treasury note since November 2018. An additional 1% elevation would take the 10-year yield to heights not seen since 2011. Yields rise when bonds are sold-off. Generally, investors do this when the appetite for risk becomes for prominent, in order to rotate into stocks.

However, the current context is a  bit different. As risk sentiment remains highly depressed, investor are selling bonds whose current payout shrinks versus expected future yields. Yields have climbed for the fifth straight week or for eight of the past nine weeks.

The weekly trading action blew out a Hanging Man last week. The 50-week MA is about to cross over the 200 WMA, triggering a weekly Golden Cross for the first time since August 2017. Yields rose more than 1% after that. If, on the other hand the price peaks out, it would provide more breathing room for the Fed.

However, if yields continue higher, reaching new multi-year levels, the Fed will have to flex additional muscle to calm investor nerves. Provided the US central bank can do that and help stabilize prices, would benefit as well. However, it will take some delicate ‘acrobatics’ to help moderate long-term interest rates.

Investors have already expressed their displeasure by selling off the S&P 500 for the sixth straight week. The broad benchmark closed on Friday at its lowest point since May of last year.

The fell for a fifth week to its lowest since March 2021, while the Russell slumped to depths not seen since December 2020.

The climbed along with yields, remaining at its highest level since 2002. 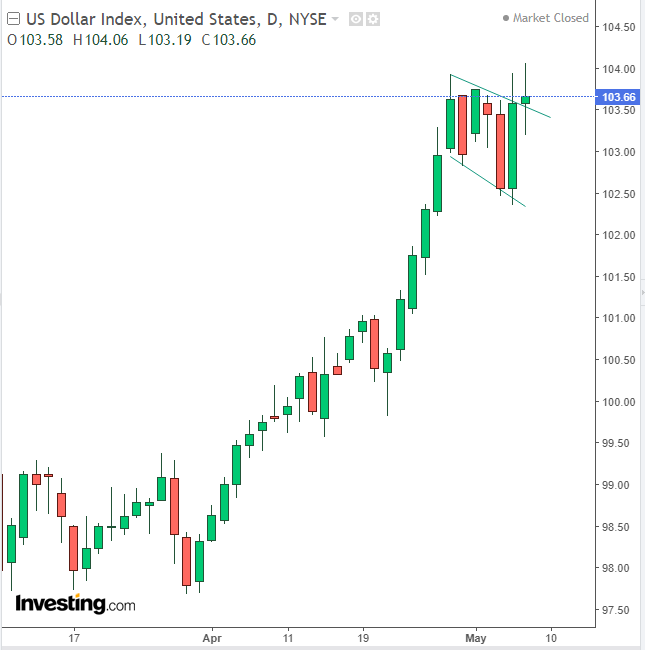 The greenback has been struggling with completing a bearish flag, bullish after the preceding six-day-straight advance.

pushed higher on Friday but remains under pressure from a  technical perspective. 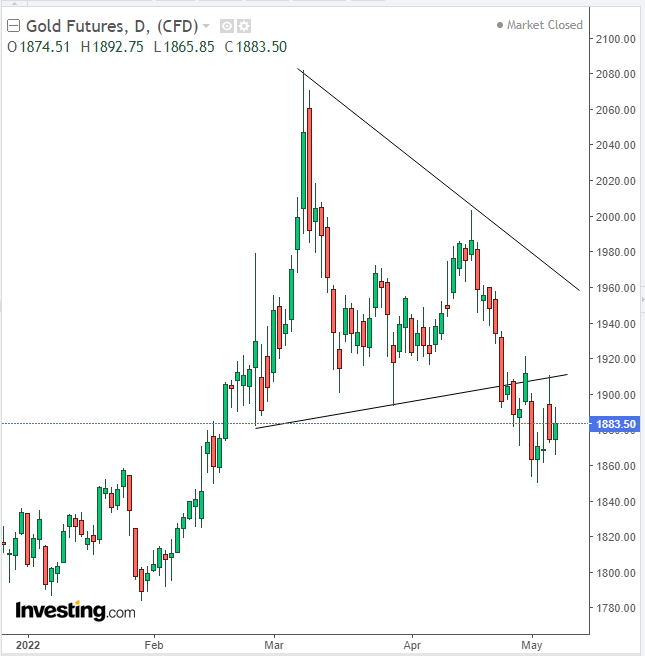 The yellow metal broke out the bottom of a triangle. Thursday’s attempt to climb back into it failed, confirming the reversal.

fell for a fourth day on Sunday, extending a bearish breakout. 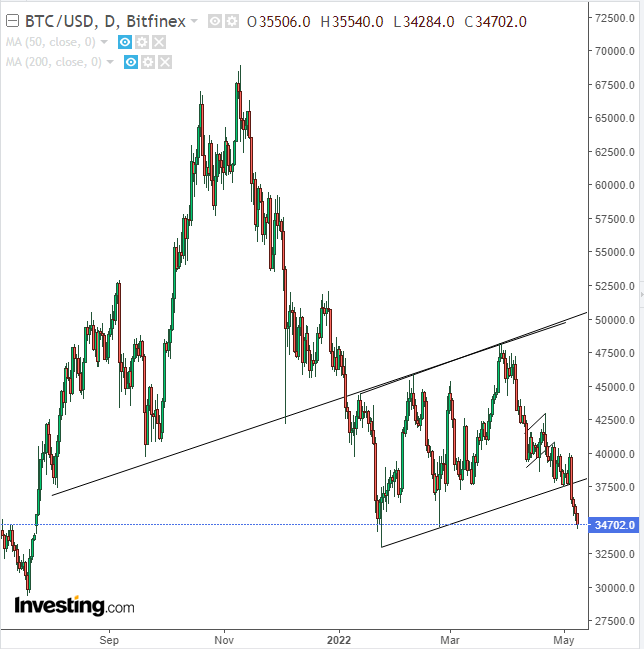 jumped 5.6% for the week as the on Russian crude raise supply worries. 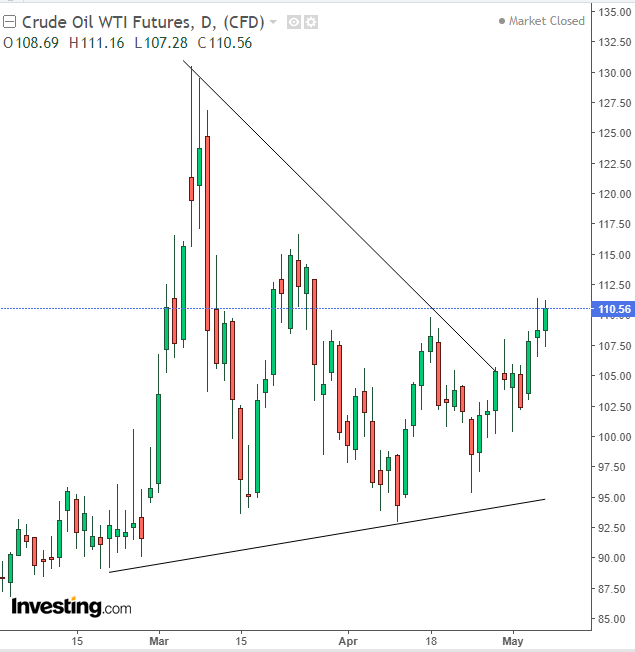 The move may have completed a triangle, signaling additional advances in focus.

All times listed are EDT