Stocks Drop Sharply As The Markets Try To Break The Fed

The fell sharply on Monday, by 3.2% to close at 3,991. I know people are looking for answers and think that we must be near the lows. Unfortunately, I don’t believe that is the case.

We have been trained to buy the dip for over a decade, but we need to remember the critical difference between now and the last decade.

Over the last decade, the Fed was there to support markets. Now the Fed is on a path to drain liquidity from the market, so the Fed isn’t there to change the narrative and boost asset prices.

So yes, prices could have much further to fall because the Fed hasn’t even started to reduce its holdings.

Another thing that may be happening here is that the market is trying to find the point at which it breaks the Fed, as it has done so many times in the past.

Unfortunately, I think the Fed’s pain is not what it used to be. In the past, the Fed could cave to the market’s demands because growth was always front and center, with inflation never being an issue.

But with at 8%, the Fed will not be able to cave. The market is yet to realize that the Fed’s pain point is now CPI, which means the markets are no longer the center of attention, and like any 2-year-old toddler that doesn’t get its way, it means more pain until the market breaks the Fed into giving in.

I hear a lot about the market being oversold at this moment, but I do not see it that way. The RSI on the S&P 500 daily chart is now at 33.4, which is not oversold. Meanwhile, the S&P 500 sits just a touch below its lower Bollinger® Band.

So I think there could be more downside risk to the market than people think.

The is nowhere near capitulation-like levels, with it trading at 34.7. 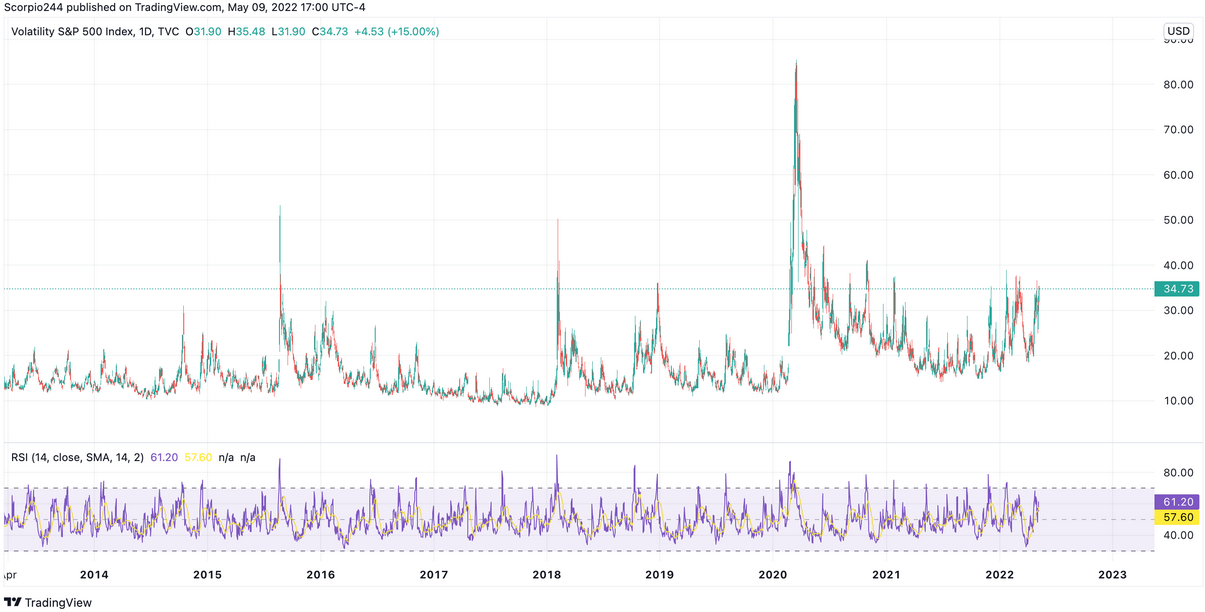 Even the put-to-call ratio is too low at under 1.3; I typically like to see it above 1.35 for a capitulation moment. 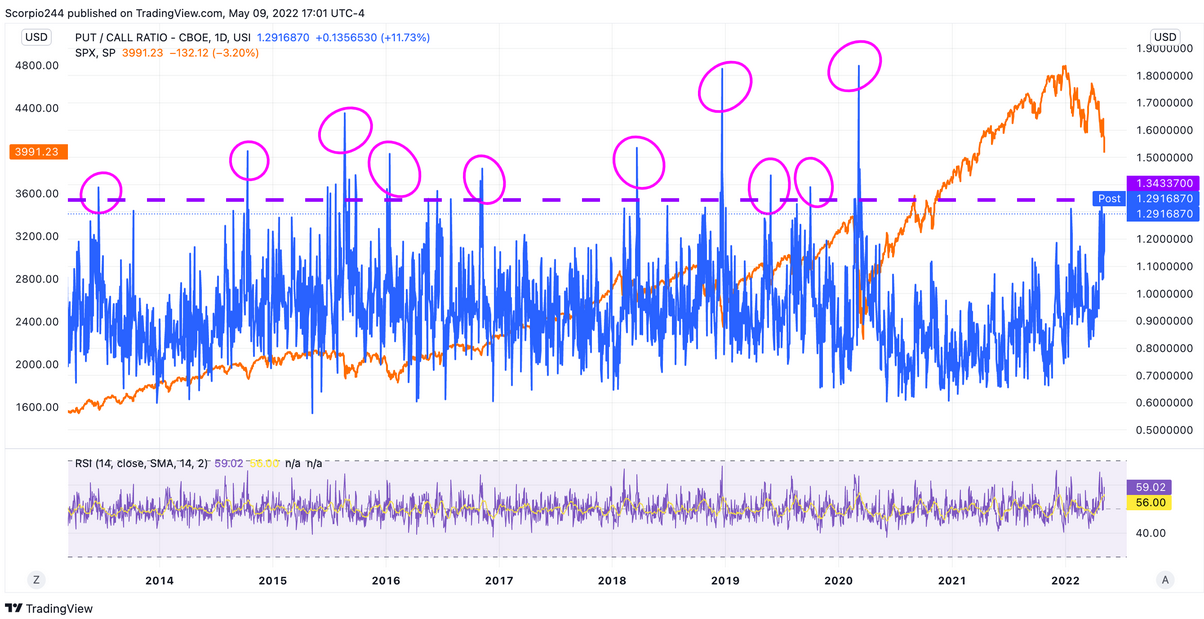 Based on what I have seen, I don’t think any rebound will be long-lasting either. Reserve balances that have been drained have not come back; they are gone.

The drop in reserve balance typically is 2-weeks ahead of the S&P 500, and so any rebound we get will likely be small by comparison and not very long-lasting. 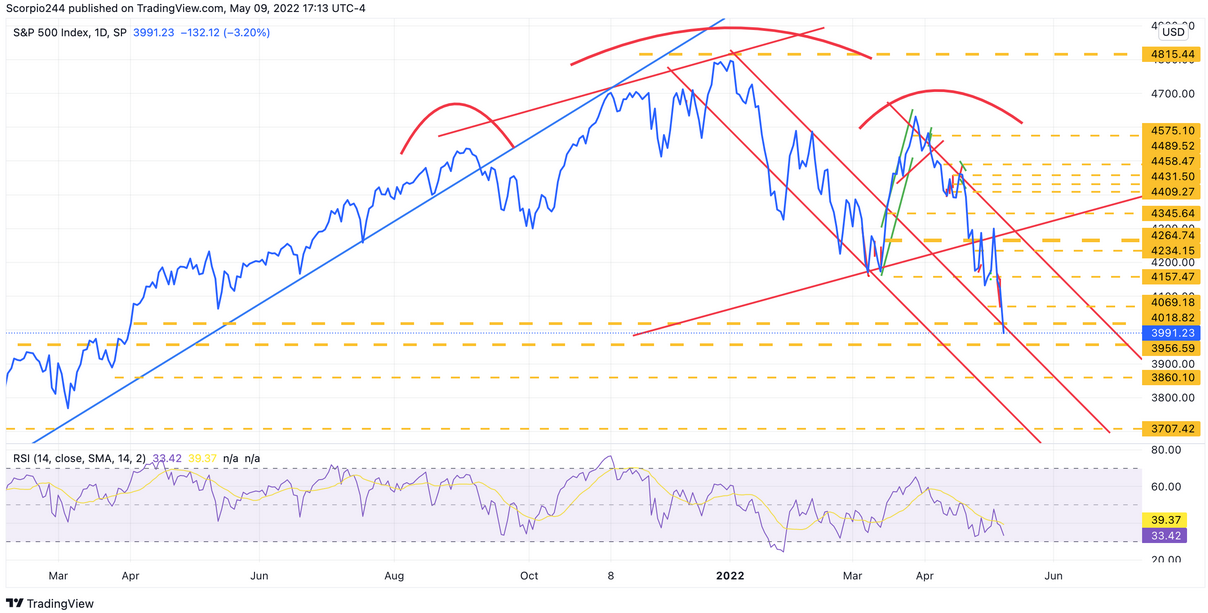 The worst part about this is that Apple (NASDAQ:) hasn’t even broken yet. It is still holding support, and we know that a long-term bottom can not be in place until Apple begins to drop and finds a bottom. 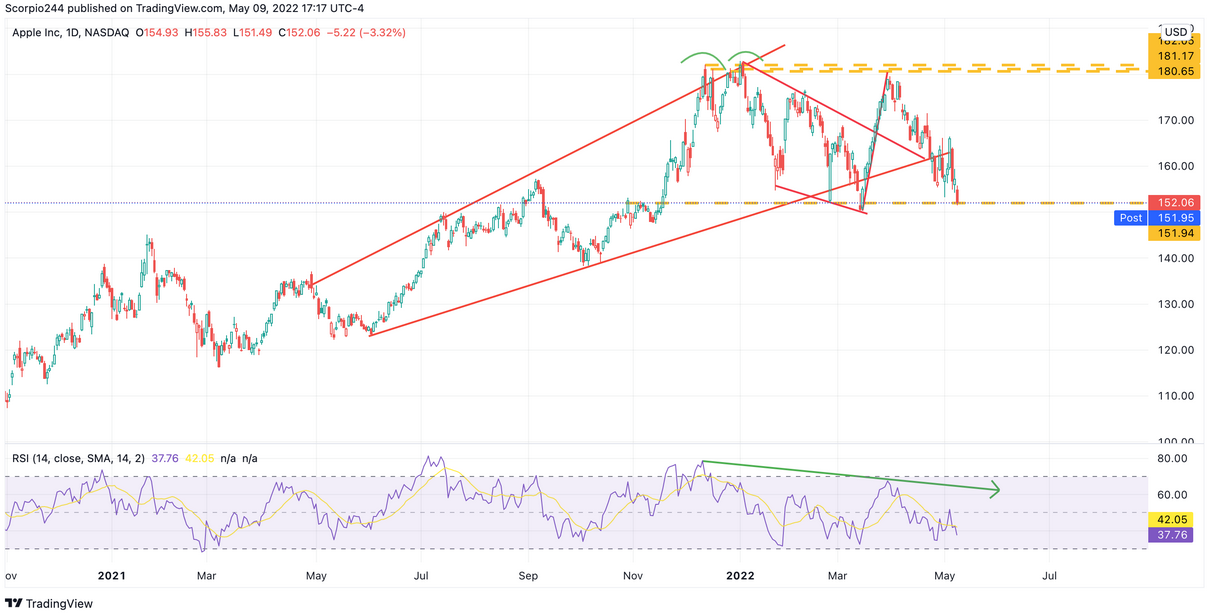 Microsoft (NASDAQ:) is breaking, though, which is crucial because it probably means Apple isn’t far behind. I think Microsoft is now below support in the mid-260s, with a gap to fill in the mid-240s. 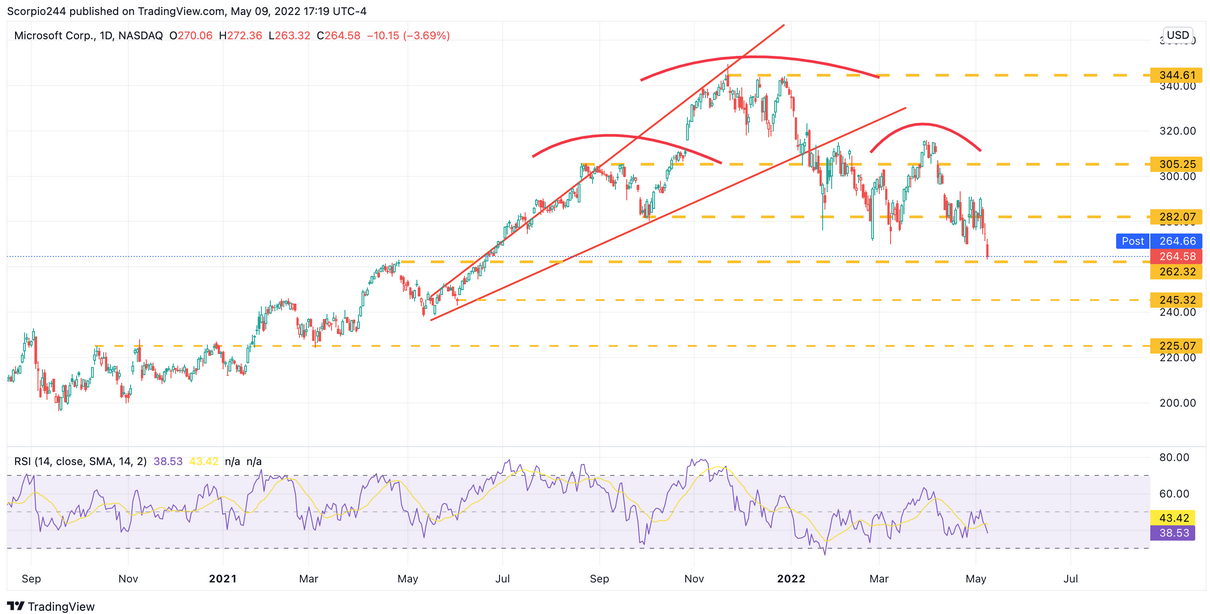 Tesla (NASDAQ:) hasn’t broken either yet, but is very close to breaking with support in the low $770s. After another support region in the $730s, there appears to be nothing until the $620, in my opinion. 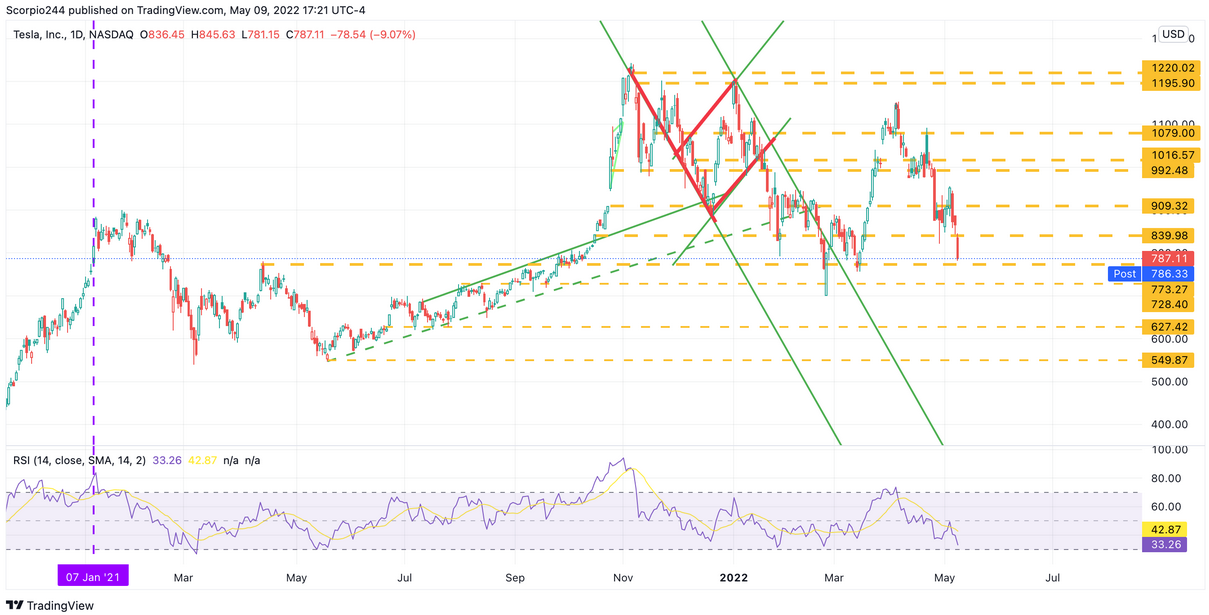