After a rather sharp decline that lasted for almost a whole day, the may rebound today amid the release of preliminary estimates of PMI indices in both the UK and the US.

In the UK, the , and the all disappointed and declined more than the forecasts.

However, the pound sterling may need additional drivers for growth, namely the same data from the US. But, the PMI figures from the US may also fall. The Index is likely to decrease to 57.0 from 57.7.

The RSI indicator moves in the lower area on the 4H chart, signaling a strong downward movement. At the same time, the RSI D1 indicator is approaching 50. A signal to sell the pound sterling will appear only after passing the middle line from top to bottom.

There is a gradual change in trend on the daily chart. On this timeframe, there has been no breakout of the high since Jan. 13. This is why traders see signs of recovery that may lead to an upward movement.

Due to a gradual downward movement, the complex indicator analysis signals sales on short-term and intraday charts. Technical indicators have changed the upward signal to mixed in the medium term due to a possible trend reversal. 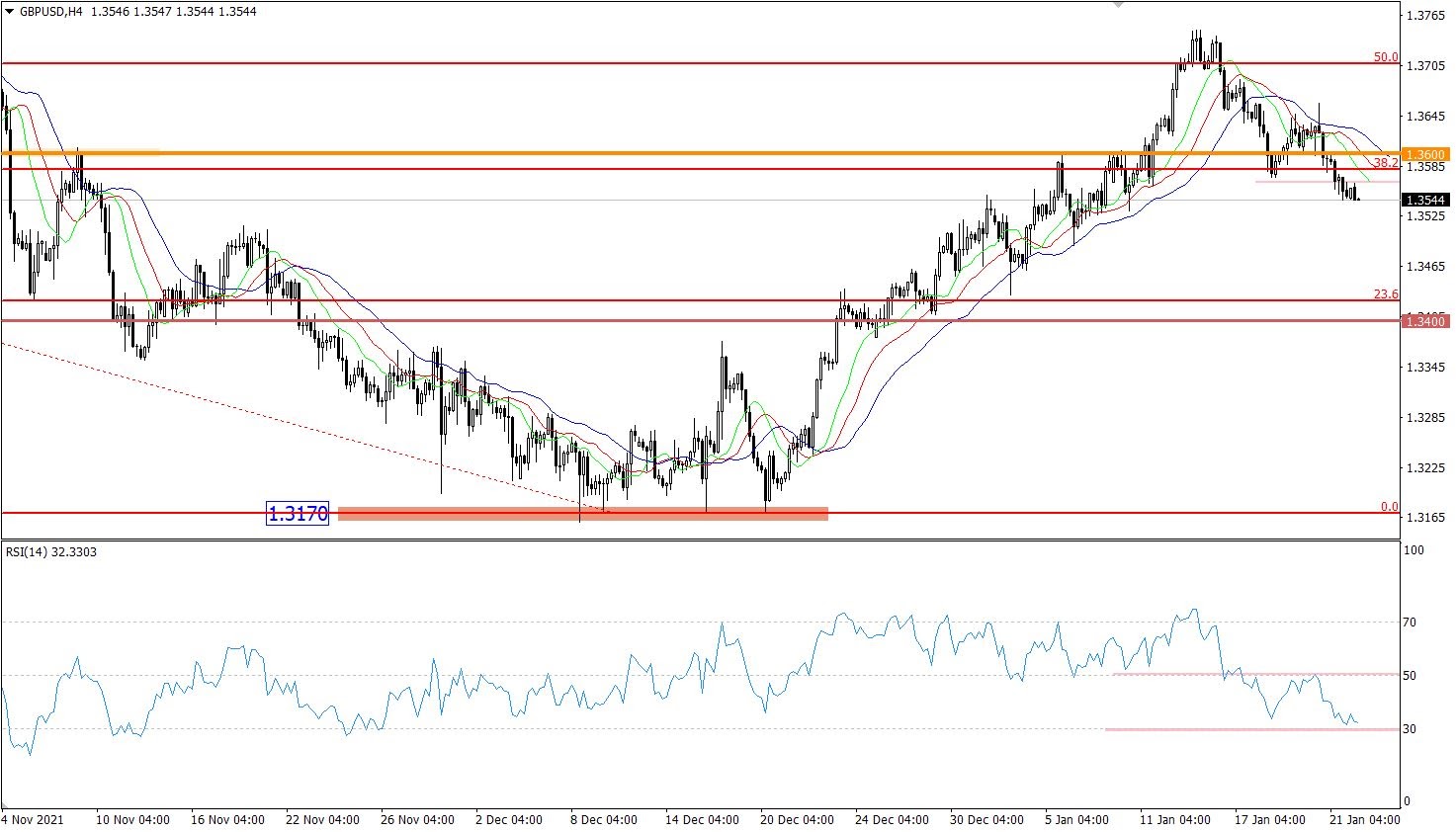