But, it is important to note, gold remains in a correction. Recall that it gained $300 in only six weeks. That move is being digested and corrected.

The technicals argue that gold and should continue to correct. Recent action (highlighted in yellow) is not favorable.

Meanwhile, silver could test support at $23. I anticipate that it will continue to lag gold until the yellow metal has broken above $2,100.

The gold miners and junior gold stocks have been outperforming, which is a great sign. However, this is a correction, and the probabilities favor the correction continuing. 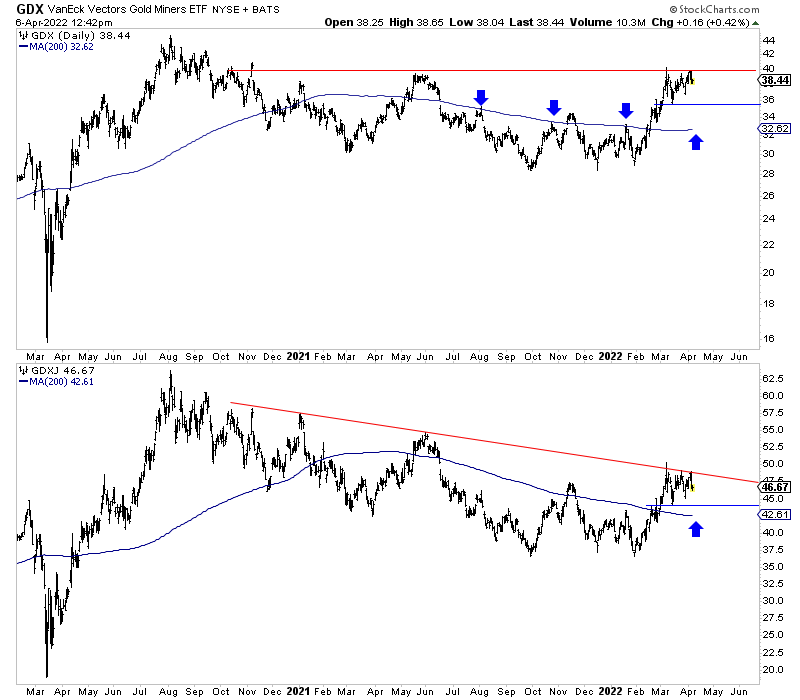 On the fundamental front, precious metals could react to the potential for more Fed rate hikes. The a Fed Funds rate of at least 2.50% by the end of the year.

The catalyst for gold to break $2,100 and for this correction to end might be the market sniffing out the Fed ending its hikes. The most significant bottom of the past five years (August 2018) occurred some four months before the Fed’s last hike in that cycle.

We have a bit of time to get positioned before the market could begin a runaway move to the upside.