The remains bearish after US figures this week that came out around expectations, while yesterday increased by 0.2%, less than expected. The dollar is down even after some weakness on stocks yesterday during the US session.

So is higher, but one of the reasons can be remarks by ECB Vice President Luis de who said on Thursday that the euro zone’s spike is not as transitory as earlier thought. 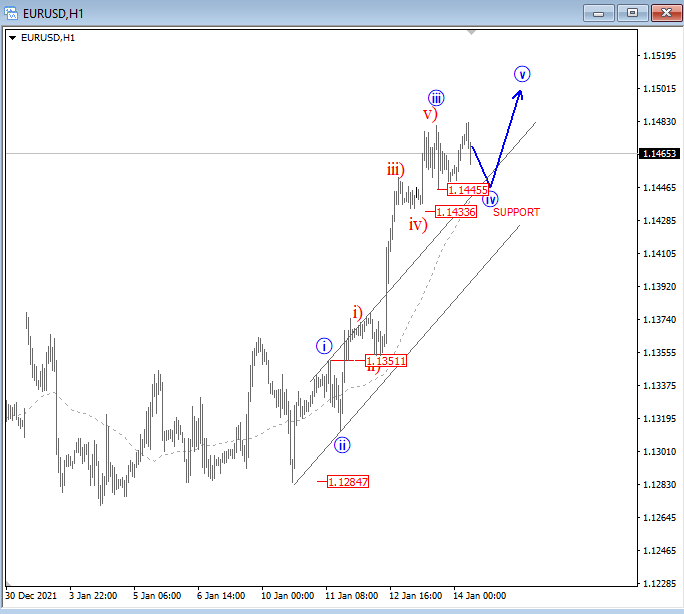 Technically speaking we see EUR/USD in an uptrend on intraday charts with room for further gains. Support is at 1.1430-1.1450.

remains in an uptrend and is coming nicely higher, as expected away from the 1814 support. We see the fifth wave now in progress with a projection up at around 1835/40 area where the trend may once again start slowing down. 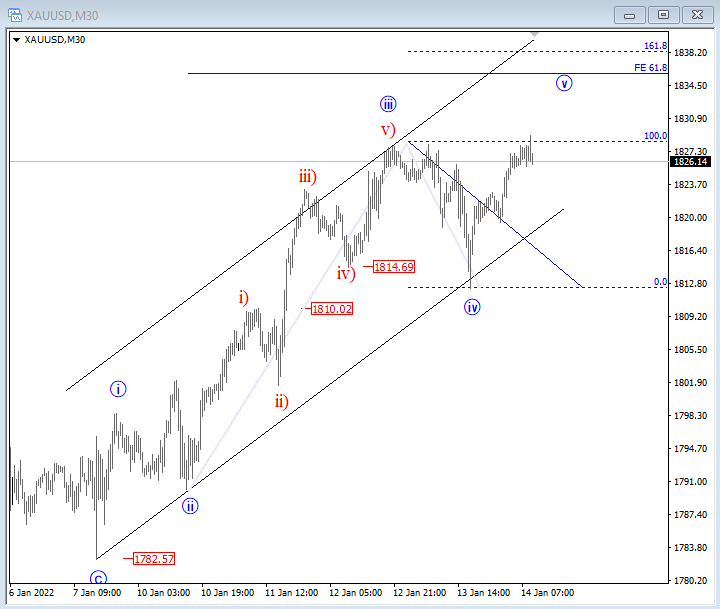