is retreating after the aggressive jump towards the ten-month peak of 0.7660 in the previous days. The price reversed back towards the 0.7470 support, having failed to ease below it over the last two weeks. The MACD oscillator dropped beneath its trigger line in the positive region, while the RSI is slowing momentum in the bullish territory.

Further declines may meet support around the 0.7440-0.7470 zone, which encapsulates the 20-day simple moving average (SMA). Even lower, support could occur around the 0.7365 barrier, which holds around the medium-term ascending trend line. If there is a successful decline beneath this line, the bottom of 0.7165 would turn the bias to neutral.

Overall, the very short-term outlook appears mostly bearish, and the medium-term one remains bullish for the most part. 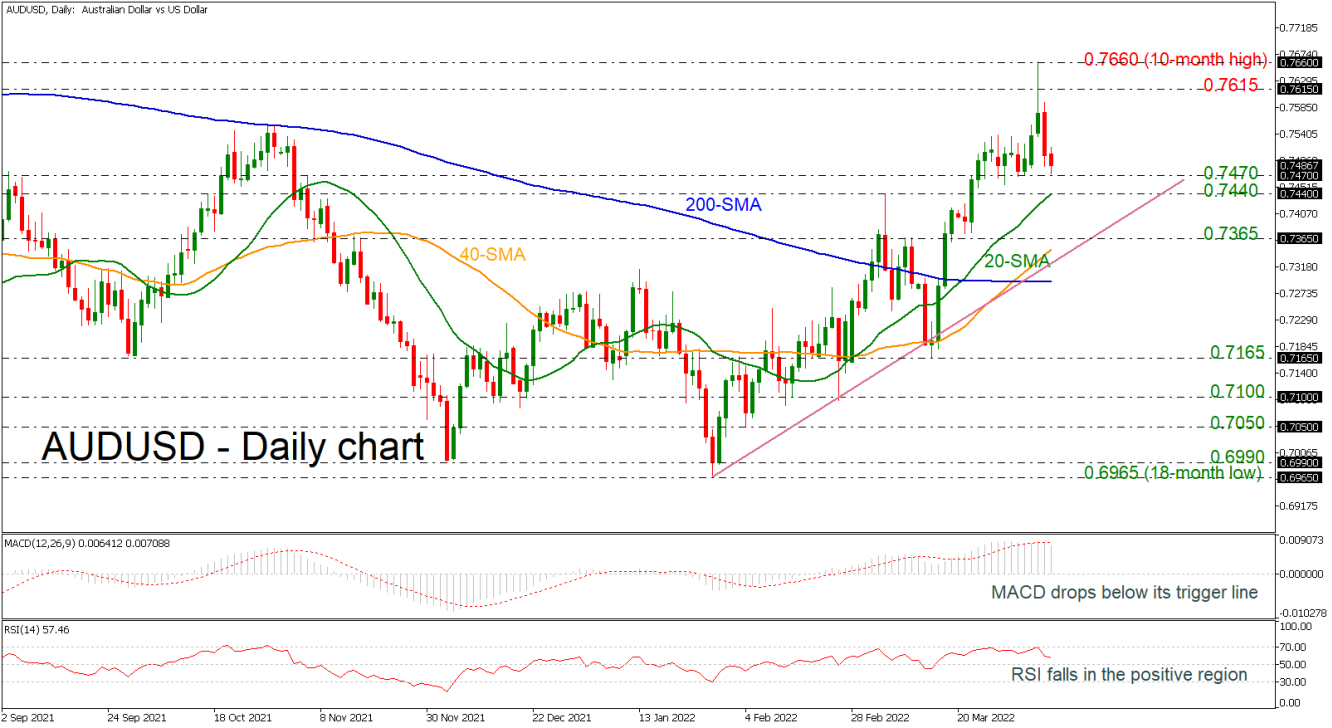