Home » Are U.S. Big Tech Stocks Following In The Footsteps Of Their Chinese Counterparts?

Are U.S. Big Tech Stocks Following In The Footsteps Of Their Chinese Counterparts?

In a year filled with notable market phenomena, one of the more notable of 2021 was the dramatic divergence between US and Chinese tech stocks. While the former consistently surged to set new highs the latter crashed, giving back all of its gains since the onset of the pandemic and then some. 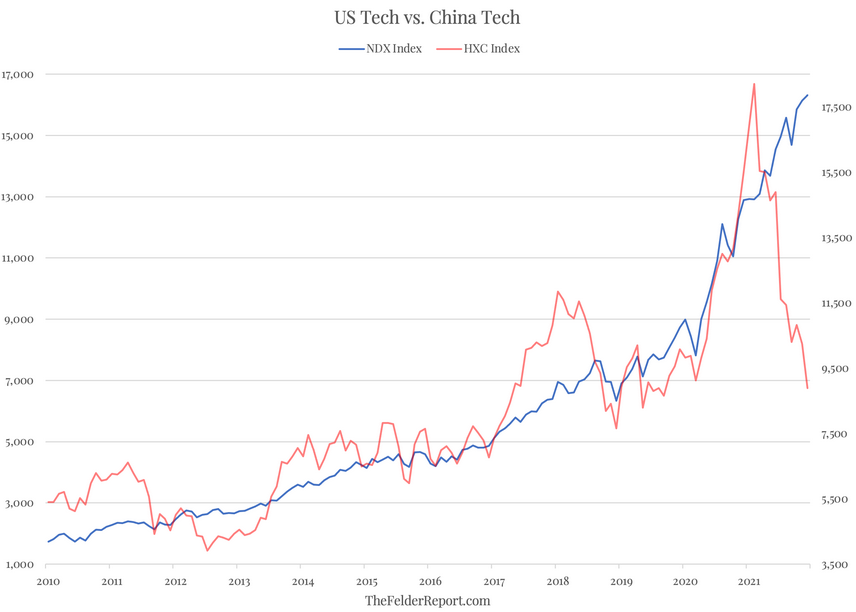 The popular reasoning for the crash in the Golden Dragon China Index () argues that the Chinese government crackdown on many internet-based businesses was responsible for a major reset in the valuations of the associated equities. While this may be true to some extent, it is also true that the downturn in the Chinese credit cycle may have played a major role, as well. 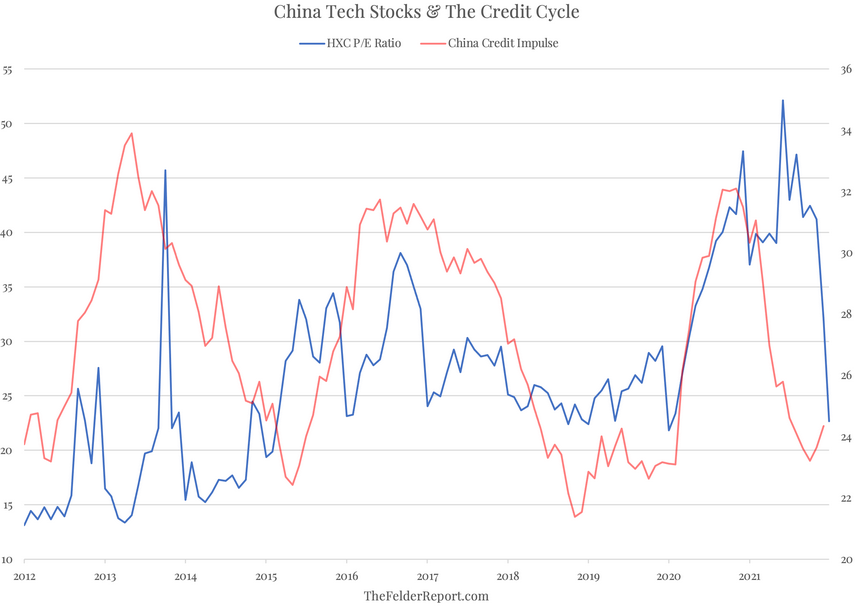 It is also true that there is now bipartisan support in Washington for a crackdown on Big Tech here in the US. Of course, it won’t look exactly the same as China’s crackdown but the impetus for both is very similar if not identical.

However, just as for China’s tech stocks, a major shift in monetary policy may be even more ominous for the valuations of US tech stocks as represented by the (NDX). 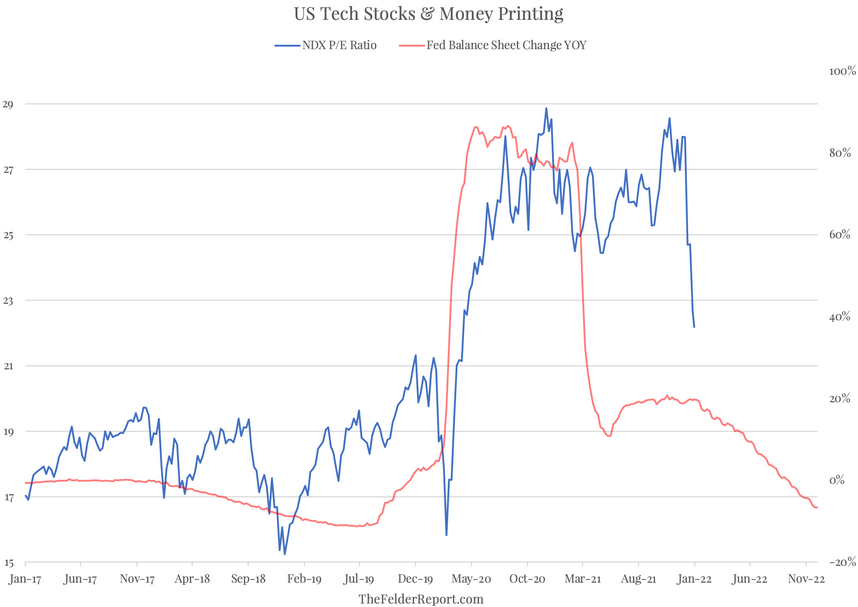 US Tech Stocks And Money Printing

In fact, more than anything else, the expected future direction of the Fed’s balance sheet may help to explain the recent weakness in the which has been led by the tech sector. And if the Fed follows through with its “forward guidance” in this regard, the valuation reset in big tech stocks may be only just beginning.